What happens when you bring a group of really smart college math students together with another group of really smart biology students? The quick, short term answer is: the first Southeast Center for Mathematics and Biology (SCMB) Undergraduate Workshop, which took place August 5-9 on the campus of the Georgia Institute of Technology.

But the long term answer is: This is how you begin to train the next generation of researchers to answer the central questions about living systems and tackle the toughest problems in bio-research. That, in a nutshell, is what the SCMB was created to do, as one of four centers established by The National Science Foundation (NSF) and the Simons Foundation. Together they have invested $40 million to establish the four centers. The global mission of the centers is to interrogate complex biological systems, including parsing the relationship between genome and phenome.

The first step, as SCMB Director Christine Heitsch (professor of mathematics at Georgia Tech and a researcher in the Petit Institute for Bioengineering and Bioscience) has said from the beginning, “is getting mathematicians and bioscience investigators collaborating on research.”

The idea behind the workshop “was to expose mathematics and biology students to research topics from the other field in an accessible, hands-on manner,” explained Daniel Cruz, a postdoctoral researcher at Georgia Tech, and part of the SCMB team, working collaboratively with Elena Dimitrova (associate professor at California Polytechnic State University) and Melissa Kemp (associate professor at Georgia Tech, and a researcher in the Petit Institute). The workshop topic was “Molecular Origami,” an area with rich conceptual interplay between math and biology, and also very contemporary, technology-driven applications. In addition to the research discussions, “we also incorporated advice on career development in and out of academia,” Cruz said.

One highlight that all of the undergrad participants seemed to have enjoyed was a tour of Francesca Storici’s lab. Storici is an SCMB team lead, professor in the School of Biological Sciences, and  Petit Institute researcher. “Students were excited about this tour because it provided them with nontrivial activities in a laboratory setting,” Cruz said.

The undergrads caught on quickly to the principles of the experiment. “They asked insightful questions,” said Jeon, who is pursuing his Ph.D. in biology. “Different restriction endonucleases target different recognition sites, but there can be overlap in what they recognize. One student correctly figured out that multiple endonucleases could be used to cut the same site, and choosing the best one will depend on things like the state of the DNA ends once they are sheared.”

Student feedback also gave high marks to the lectures provided by Cruz and Margherita Maria Ferrari (a postdoc at the University of South Florida), who together managed the math component of the workshop. “We gave them opportunities to collaborate with their fellow students in applying what we had discussed,” said Cruz, who thought the activities the students engaged in, “gave them an appreciation for mathematics as a way to understand the world outside, apart from just numerical equations.” The development of the mathematics component of the workshop was guided by Nataša Jonoska of the University of South Florida, Ferrari’s academic mentor and Cruz’s former Ph.D. advisor.

Cruz makes an important point here – many people tend to believe that math is only about proofs or calculations, or cold numbers. SCMB and its fellow NSF centers (at Harvard, Northwestern, and the University of California-Irvine) intend to develop and apply mathematics as a useful tool to study nature, and the complex processes that underlie biology.

“I think that mathematicians and biologists are opening up to the idea that there are both interesting mathematical questions that arise from biology settings and plenty of biology questions that can be answered in unexpected ways through mathematics,” Cruz said. “These cross-disciplinary collaborations give both students and researchers a larger perspective when it comes to understanding problems and forming solutions, and I hope that more and more researchers see this as time goes on.” 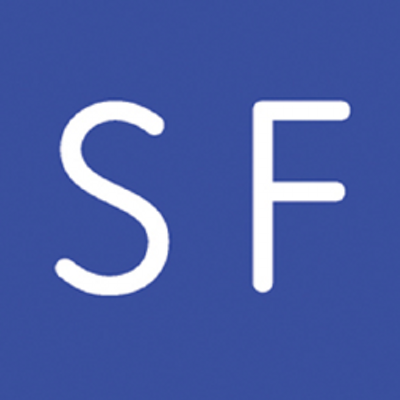